All trains are 100% hand crafted and American made.

All products have been engineered at 1.6 scale .

Electric or gas your choice

We ship all over the World

System can include Multi Unit operation capabilities. loss of signal shutdown for safety. Each system can also be tether operated for non wireless operation and battery backup.

MISSION STATEMENT: TO PROVIDE OUR CUSTOMERS  WITH TOP  QUALITY, LOCOMOTIVES THAT CAN BE HANDED DOWN GENERATION TO GENERATION AND HAVE FUN DOING IT 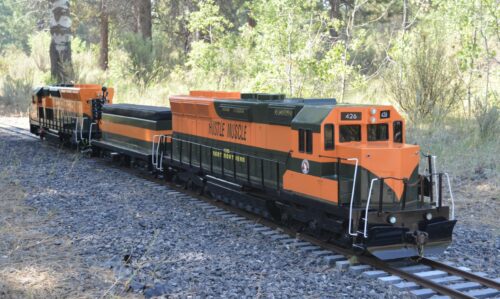 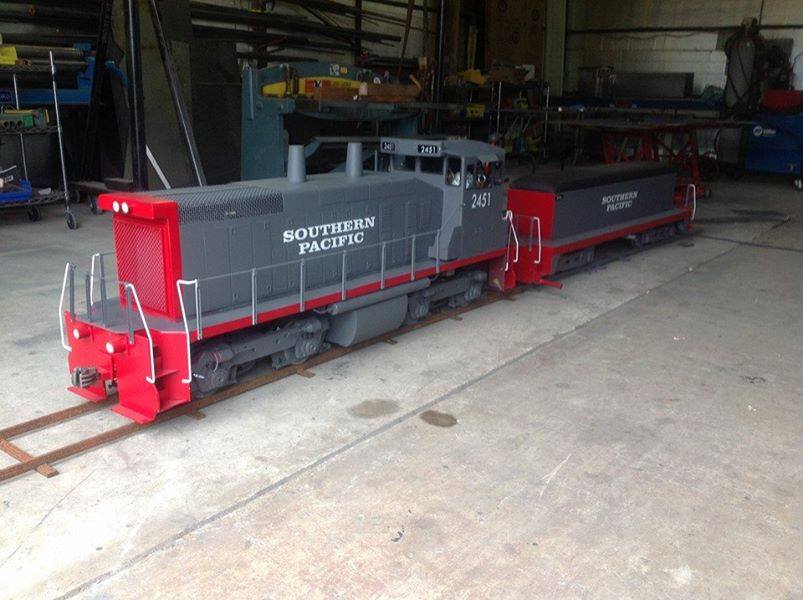 CHUCK OLEJNICZAK AND HIS TRAIN WORKS GP38 AT ILS

Hi Tyler & Mike I just wanted to send you an update on the EJ&E GP-38 you guys built for me. I am going on my 5th season running this engine and want you to know that it has performed flawlessly for me. I normally pull 6 cars and three passengers and it doesn’t even struggle. I have had up to 21 cars behind it and it pulled them effortlessly.I have used it several times at the WhiteCreek RR in Michigan and ran all day without charging. You guys did a great on it and also another one you built for a friend of mine. I know he would have the same response. Thanks again and keep up the good work.
Chuck Olejniczak

January 2013 I ordered two custom electric locomotives from Train Works, an SD45 and SD40T2, both in Rio Grande livery. They were shipped about July 15th and arrived in perfect condition. We took them to the New Unionville & Western RR near Bloomington where we uncrated them, installed batteries and took off down the track. All was fine until January 2014 when the SD40T2 started jerking and jumping from a standstill. I contacted Train Works and told them about the problem. By Spring time the problem was getting worse and I was told to switch the controllers, when I did the other engine started giving me trouble. When I reported that to Train Works they had me sent them the defective controller, which they returned to the factory for repair. In a reasonable length of time I received the controller, installed it in the SD40T2 and it has run fine ever since. I am totally pleased with the “Service after the sale” I received from Train Works. The engines are three years old now are are as reliable as an electric light switch.

I’ve been running ads for Train Works since they first went into business 2009 and have received no customer complaints. They have a very exciting product line that meets the needs of many large scale modelers. We were given the opportunity to test drive a Train Works locomotive at Train Mountain in 2015. I was very happy with the operation. We ran it for several hours in near 100 degree heat with no issues at all.
Jim O'conner